100 Years of “Warbling”
A Brief History of the Society 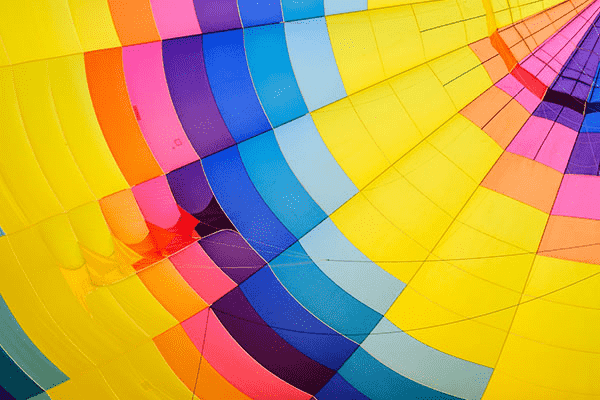 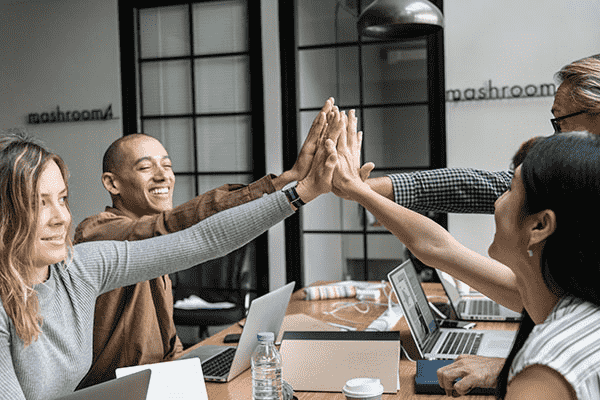 The first performance given in Morecambe by the society, was a Minstrel Show held in the Winter Gardens in 1897 made up entirely of local talent, under the title of “The Canary Birds.” This performance was a great success and inspired Councillor John Birkett J.P. along with several other local gentlemen to form a society for the production each winter of much more ambitious productions.

A committee was formed – which by the way held it’s meetings in a small room behind Mr. Birkett’s chemist shop – and the “Morecambe Warblers” was launched.

The first production put into rehearsal was “BRIGANDIA”, an opera composed – music, lyrics, libretto – entirely by Mr. Birkett. This performance was staged in the Albert Hall, Victoria Street, Morecambe(now Concorde Sports and Social Club) and met with great success. The Albert Hall served a multiplicity of functions and during the war it became a hospital.

After the production of “Brigandia” the society made very good progress and the next production was Mr. Birkett’s “NEBULISTA” which ran for a full week at the ROYALTY Theatre. In those days – the beginning of amateur work in Morecambe the “Warblers” was the only society of it’s kind in the town, and it was extremely hard trying to make ends meet.

The Warblers stayed at the Royalty Theatre until 1934, a total of 36 years and it was here that the society enjoyed some of it’s greatest triumphs being the only society in Morecambe which displayed “House Full’ notices and had to play an extra 3 nights to meet the public demand. Indeed Roger K. Bingham in his book “Last Resort? the flow and ebb of Morecambe” tells us: “The annual comedies put on by the Warblers at the Royalty (and later at the Winter Gardens) were the most colourful features of the quieter parts of the year and were deservedly popular”.

The 4 original compositions of Mr. Birkett were obviously successes as they were repeated between 1908-1912, while in 1929 “The Toreador,” for which the scenery was specially painted by the Scenic Artist of the Royalty Theatre and make-up managed by Mr & Mrs J.H. Hird of Morecambe was entered for the National Competition in Operatic Art – open to all Amateur Societies in Great Britain and promoted by the National Operatic and Dramatic Association. In this production the producer/principal was Mr I.F. Young.

The 1933 production of “Desert Song” saw Mr. J.H. Hird in the role of producer/stage manager (leaving only his wife to look after the make-up!) while names such as Thomas Langridge, Mr. W.M Chadwick, Thora Hird and others, appeared each year with increasing popularity. Indeed “The Desert Song’ was the most noticeable performance in this era both for Thor Hird and her father.

The comfort of the audience was never forgotten and along with vital information to the plot of the play the programme also included information for transportation under the large heading of “Bus Service:- Corporation Buses for Bare, West End and circular routes will await on the Promenade (Euston Road) at the close of each performance. Ribble Buses for Lancaster from Poulton Hall and Euston Road and for Carnforth, Euston Road, at 10:30 pm connecting at Red Cross Hotel, Skerton,” Ah, the Warblers thought of everything! 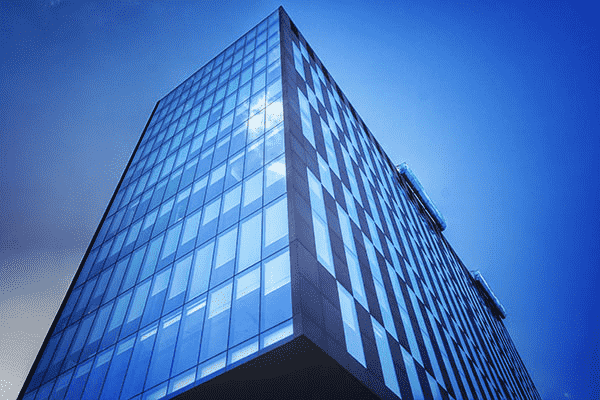 On January 21st 1935 (brrr.…shiver) the Warblers moved into the New Winter Gardens with “Maid of the Mountains,” and while her father was Producer/Stage Manager, Thora Hird played the part of Vittoria as well as being Hon. Dancing Mistress.

Apart from the war years 1940-46 the society performed each year (sometimes twice a year) at the Winter Gardens until 1968 – 27 years treading the same boards as many national and international stars of the time.

In 1939 the production date was moved from January to March and after the war the Warblers’ Golden Jubilee Production of Gypsy Princess in the depths of the arctic winter of 1947 was said to be the greatest hit since Thora Hird’s Desert Song in 1933. “The Gypsy Princess” ran from March 3rd – 8th with an apology in the programme of 4 pages due to restrictions immediately after the war. However with seats priced at 4 shillings and 6 pence Mr. Hird’s production starring Thomas Langridge as Niblo the Cabaret Manager and Marion Thornton as Sylvia the Cabaret Star certainly warmed the audiences who saw it.

After James Hird’s death in 1947 the role of producer became that of Harry Crossley who furthered Warblers’ career to a record breaking success with “Balailika” in 1948. Mr. Crossley continued into the 50’s and 60’s with further successes such as “Annie Get Your Gun”, “Brigadoon” and “Love From Judy”.

Onto the stage where Gracie Fields sang in Morecambe in 1927 was to be Warblers’ next move.’ “Brigadoon” opened at the Alhambra Theatre in 1969 and Harry Crossley was again producing it, with Joyce Warrington as Choreographer, while the Musical Director was Alvin Atkins. And only one change the following year with Stephen Schofield as Musical Director, and the ever popular “Oliver” starred Wilf Levey as Fagin, Gloria Baldwin as Nancy and Edye Wiseman as Bill Sykes. The youth identified with their heroes David Roberts as Oliver and Michael Peel as Dodger. An interesting feature in that year’s production, the 73rd, was a Show Biz Quiz. 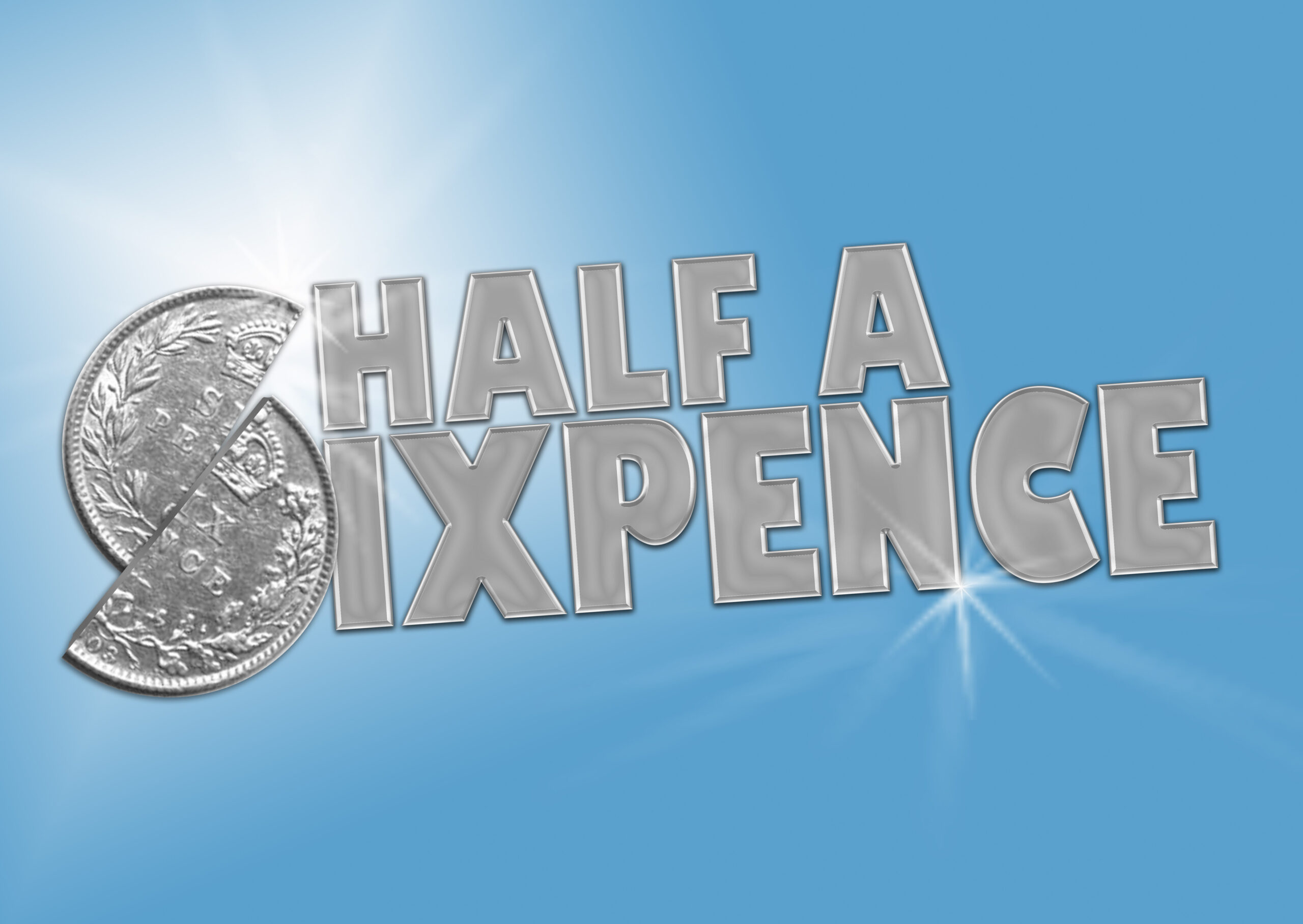 After only 2 years of successful productions at the Alhambra the Warblers had to return to the Winter Gardens for it was only 74 days after the final curtain went down on Oliver that the Alhambra suffered a cruel blow. In fact in one of the worst days of fire Morecambe has ever known the Alhambra Theatre and the old film set schooner Moby Dick went up in flames within minutes of each other on Wednesday 17th June 1970.

So back to the Winter Gardens with “Half a Sixpence” for the 1971 production, but with Choreographer Joyce Warrington, Musical Director Stephen Schofield and the Production by Harry Crossley. This formidable trio/team achieved many successes on their return.

The 7th move to the 5th different venue and the present one was in 1978. This was to the Grand Theatre, Lancaster. The Grand Theatre, the third oldest provincial theatre in Britain, has a long and fascinating history.

For over 200 years, under a number of different names, it has been the home of entertainment of one kind or another, adapting to changes in public taste and undergoing a number of structural alterations along the way.

The building was completed in 1782 and one of the earliest “stars” to grace it’s stage was Mrs Sarah Siddons from the Drury Lane Theatre in London. During the 19th century visiting performers included the famous actor Edmund Kean, the internationally renowned clown Joe Grimaldi, the celebrated violinist Paganini and even Charles Dickens, who gave readings from his works.

In 1950 plans were afoot to demolish the building or to convert it to other use but rescue was at hand when the Footlights Club managed to raise £7,000 to purchase the historic theatre

“Gigi” opened at the Grand on Saturday 25th March 1978 and this was followed by “Desert Song” (repeat) in 1979 with Stephen Schofield as Musical Director and Mary Lumb in charge of entire production and choreography. There followed many successful productions in the 70’s and 80’s. Gwen Isherwood and Kath Gardner carried many leading roles with superb acting and vocal ability.

Neville Allison appeared very successfully in many productions; being the first to arrive at the theatre each night, with his hard work and attention to detail it was not surprising after a brilliant performance as “Kipps” in “Half a Sixpence” 1992 that he turned to the Professional stage. We wish him well.

Space does not permit the mention of many, many other individuals who since 1897 have contributed greatly to the success of the Warblers and many are still “in harness!” under the Chairmanship of John Allison.

The 1990’s have seen a new team under the leadership of producer/choreographer Joyce Warrington and musical director David Tattersall. Joyce Warringtons record of successes as producer speaks for itself and productions once thought impossible such as “42nd Street” and “Barnum” have become a reality.

As we move towards the second Millennium, Warblers are confident that “The show will go on.” We thank our audiences both past and present and in anticipation of the future, so that whether our part is “Front of House, “On Stage” or “Back Stage” we can unite in saying “There’s No Business Like Show Business”.

Argo Ashton & David Liptrott
Our thanks to all those who have contributed source material.